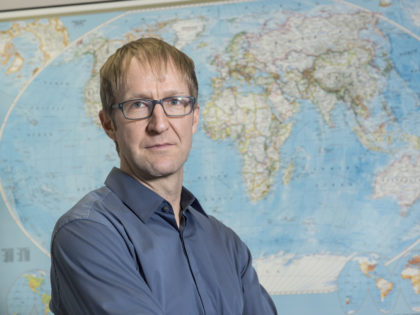 Michael Goodhart is Associate Professor of Political Science at the University of Pittsburgh, and he holds secondary appointments in Philosophy and in Gender, Sexuality, and Women’s Studies. He is Director of the Global Studies Center at Pitt and a University Honors College Faculty Fellow. His current research focuses on questions to do with global injustice, responsibility for injustice, and the ways political theorists think about these problems. He is also interested in the historical and conceptual relationship between human dignity and human rights and in the emerging human rights cities movement. His core intellectual interests are in the theory and practice of democracy and human rights in the context of globalization and in related questions concerning democratic governance and accountability at the international and transnational levels.

Dr. Goodhart is author of Injustice: Political Theory for the Real World (Oxford, 2018), Democracy as Human Rights: Freedom and Equality in the Age of Globalization (Routledge, 2005), contributing editor of Human Rights: Politics and Practice (Oxford University Press, 2009, 2012, 2016), and contributing co-editor of Social Movements and World-System Transformation (Routledge 2017, forthcoming) and Human Rights in the 21st Century: Continuity and Change since 9/11 (Palgrave, 2011). He is also author of numerous articles and book chapters. Dr. Goodhart is an affiliate of the Human Rights Institute at the University of Connecticut, a member of the Center for Ethics and Policy at Carnegie Mellon University, and sits on several editorial boards. In 2008-2009 he was an Alexander von Humboldt Foundation research fellow and Guest Professor in the Hertie School of Governance, Berlin. He is a member of the Board of Directors of The Global Switchboard.