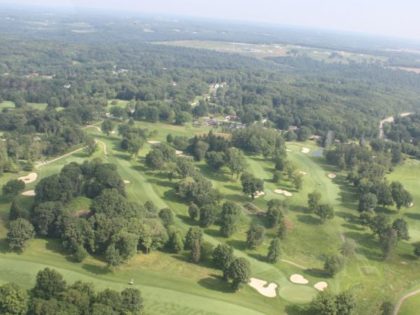 Join the Japan-America Society of PA for its 25th annual Golf Outing!

The Japan-America Society of Pennsylvania will hold its 25th annual Paul J. Wilhelm Memorial Golf Outing on Monday, May 14 to raise money for the Society’s educational programs.

The event will be held at Butler Country Club. It will include a luncheon, an 18-hole scramble, a raffle, and place awards and skill prizes. Registration begins at 10 AM, and tee-off is at noon.

The event is named in memory of Paul J. Wilhelm, who served as president of U. S. Steel from 1994 and chairman of the JASP from 1995 until he passed away in 2001.  The Golf Outing carries on his international business spirit and serves as the JASP’s major fundraiser.

Every year nearly a hundred golfers representing a diverse array of Japanese and American businesses in the community network and enjoy a day on the green.  This is one of the only networking forums for American and Japanese business people and the funding generated by supporters at the Golf Outing is vital to the success of the JASP’s community activities.

The JASP is the region’s go-to resource for educational, cultural and commercial engagement with Japan, providing information and opportunities through K-12 educational outreach, an annual High School Japanese Speech Contest, community programs and lectures, and business networking events.  After the tsunami and earthquake in 2011, friends and members of the JASP donated over $500,000 to hospitals and orphanages in the most devastated areas in partnership with Brothers’ Brother Foundation.

The region's premiere organization for educational, business, and arts activities related to Japan and Japan-America relations