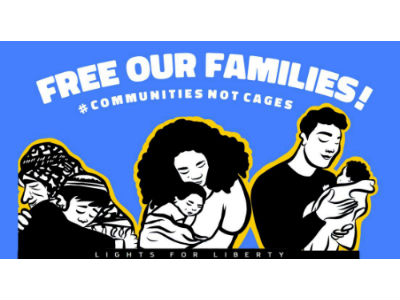 PA is currently home to the Berks County Family Detention Center, 1 of 3 detention centers for immigrant families, where children as young as 2-weeks-old have been incarcerated.

In 2019 the Berks County Detention Center will be entering its 5th year in operation as a immigrant family prison. That is 5 years of human rights abuses, due process violations, disregard of PA and Federal law and the immoral and unjust treatment of immigrant families.

Governor Tom Wolf has the power to issue an Emergency Removal Order (ERO) on the Berks County Detention Center. It would ensure the facility can no longer be used as a prison.

During a time where the national dialogue includes talk of reviving internment camps and Muslim registries, now is the time for Gov. Wolf to take action. Every day that Berks is allowed to operate, is another day of legitimizing the growing movement of hate, racism, and xenophobia plaguing our country.