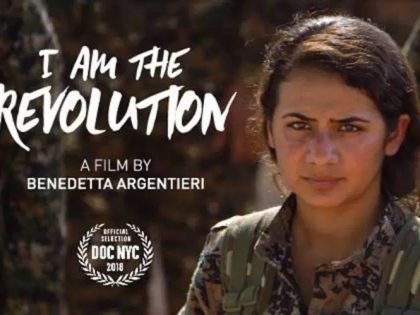 I Am The Revolution is an inspiring documentary about three women fighting for freedom and gender equality – Selay Ghaffar, Rojda Felat, and Yanar Mohammed- while living in three of the worst countries in the world for women: Afghanistan, Syria, and Iraq.

Each country reflects the groundswell of feminist revolutions: political revolution in Afghanistan, armed in Syria, and grassroots activism in Iraq. Taking a journalistic approach, the film challenges the images of veiled, silent, and timid women in the Middle East and instead shows the strength of women rising up on the front lines, in remote villages, and in city streets, to claim their voice and their rights.

This event is free and open to the public.
The film will be followed by a panel discussion and Q & A session.