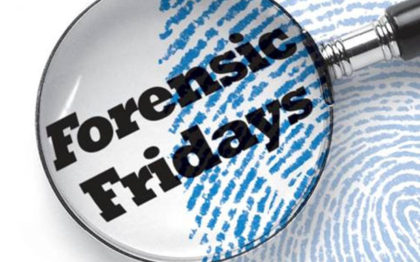 A Forensic Fridays Seminar PLUS a Special Topic CLE Session

Although hard to imagine in 21st century America, the trafficking of human beings for sexual and labor exploitation is a big business, with victims in the U.S. alone numbering up to 17,500 per year, according to the U.S. Justice Department. A modern form of slavery, human trafficking has mostly been identified in and around international travel hubs, but states like ours are far from immune. According to the National Human Trafficking Hotline, since 2007 there have been some 1,200 reports of human trafficking in Pennsylvania.

Now, with an anti-human trafficking statute on the books that’s resulted in more than 30 convictions since 2014 and a bill pending in the state legislature that would increase protections for minor victims of sex trafficking, the Institute is convening some of Pennsylvania’s foremost experts on the subject to offer a legal update to professionals and the general public alike. In a special afternoon session, attorneys will have the opportunity to learn about the process for clearing certain criminal records for survivors of sex trafficking.